We have heard of siomai sa Tisa and have gone gaga over siomai sauce. But what and where is the best siomai out there? My friend Kristal and I attempted to answer this mind-boggling question.

Why a Siomai Battle?

Of course, the world is so wide that we cannot possibly find the best siomai on it unless we spend years searching and lots of resources. So, we decided to limit our scope. Ayala, Cebu has just reopened after part of it perished in a fire. We thought the reopening was worth celebrating because whenever we want to hang out, we often go to Ayala. It is just a mall that has become dear to our hearts.

Anyway, we decided to hang out at Ayala one Sunday afternoon after it reopened. To add some fun, we decided to conduct a test: Which food establishment serves the best siomai inside Ayala? Easy enough to do, I thought. But, whew, I realized there were numerous places that offer siomai and it took us until dinner time to finish this quest. In total, we were able to hit 6 siomai spots in Ayala. Not bad!

You can find Kristal’s take on this battle at Eats and Trips.

Disclaimer: These are our personal opinions only. We were not sponsored by any of these food establishments nor do we work for them. We are simply 2 foodies who are curious as to where we can find what will become our fave siomai in Ayala, Cebu!

To keep things focused, we decided on a few ground rules beforehand.

Here are my findings:

Tsim Sha Tsui was the first restaurant we visited. Named after Hong Kong’s famous shopping and nightlife district, this restaurant is located in the Terraces area, second floor.

Taste: Their siomai was, for me, delicious. They were meaty and chunky and even had carrot pieces. Plus, there was shrimp, which was a bit of a surprise for a siomai billed as “regular”. They were juicy as well. Some out there taste like all wrapper and no meat, but not the Tsim Sha Tsui siomai. I also liked the spiciness of the sauce – just enough. Speaking of sauce, they served two kinds: sweet ginger sauce and regular siomai sauce. Both are good.

What I thought: Service was quick when we went there. Overall, we were satisfied with this contender.

Big Mao is another restaurant in the Terraces area.

Taste: Their siomai was just ok for me at first. But not long after, I could sense a slightly weird smell or aftertaste. I’m not saying it was super bad but it was not pleasing to me. Then, they served just one type of sauce, which was a chili sauce. This isn’t a negative thing because this is expected, but can’t help but compare these other restos to Tsim Sha Tsui who went above and beyond with two sauces. Big Mao’s siomai was also plain looking, no shrimp. The wrapper was a bit thick and chewy, too, and the siomai was on the dry side.

What I thought: When we went there, it was early afternoon so the place wasn’t busy at all. We kept waving at the server to order but they ignored us and kept talking. When they finally took our order, we were informed that we had to wait 20 minutes for our siomai. 🙁

When it comes to Chinese fast food in the Philippines, Chowking is a highly recognizable name. So, of course, we couldn’t finish this food battle without trying out Chowking’s regular siomai.

Taste: Chowking’s siomai was meaty, tasty, not tough, and goes really well with the chili sauce and kalamansi. And, yes, they did offer those two types of sauces.

What I thought: Chowking’s siomai was a very pleasant surprise! It was the cheapest up to this point and considering there were 4 pieces, this siomai is really a bargain. The best part is that it does taste good!

If I’m not mistaken, Harbour City is under the same umbrella company as Tsim Sha Tsui and Dimsum Break. We still tried it though because it is yet another popular Chinese food restaurant that Cebuanos have grown fond of.

Taste: Harbour City’s siomai tasted good. Each piece goes well with the chili sauce. It was meaty and packed, but a bit tough to bite into. Actually, it tastes kinda similar to Tsim Sha Tsui’s siomai but not as juicy or shrimp-flavored.

What I thought: No major complaints here. Their siomai was filling though I wanted it to be juicier. That’s just my personal preference though.

What was funny was that since we ordered only regular siomai, the servers inside Harbour City kept pushing other dishes at us. We refused and I think they were a bit scandalized about the whole thing haha. Can’t blame them for there were two of us and we ordered only one plate of siomai to share. But, we had to soldier on for the sake of this food battle!

Master Siomai is located at Ayala’s food court. Dimsum Break was also there but we decided to skip that because we already tried Harbour City and Tsim Sha Tsui. We thought it was quite unfair to have three entries from the same company. And taste-wise there probably wasn’t that much difference between Harbour City and Dimsum Break.

Anyway, Master Siomai is essentially a stall among the several stalls that provide food for hungry customers that flock to the food court.

Taste: I personally don’t like food with strong aftertastes. I don’t know, it just bothers me. So, to be honest, Master Siomai’s siomai was not that good for me. It had a stronger aftertaste. It was still meaty and can fill you up. But there was too much wrapper I think and I just couldn’t shake off that aftertaste.

What I thought: This is the cheapest of the bunch, hands down. So, if you are looking for something affordable and easy to get, Master Siomai is a good choice.

For the last siomai contender, we decided to head to Majestic. The restaurant is yet another go-to place for various Cebuanos who love Chinese food. It is located on the roof deck of Ayala’s new wing. 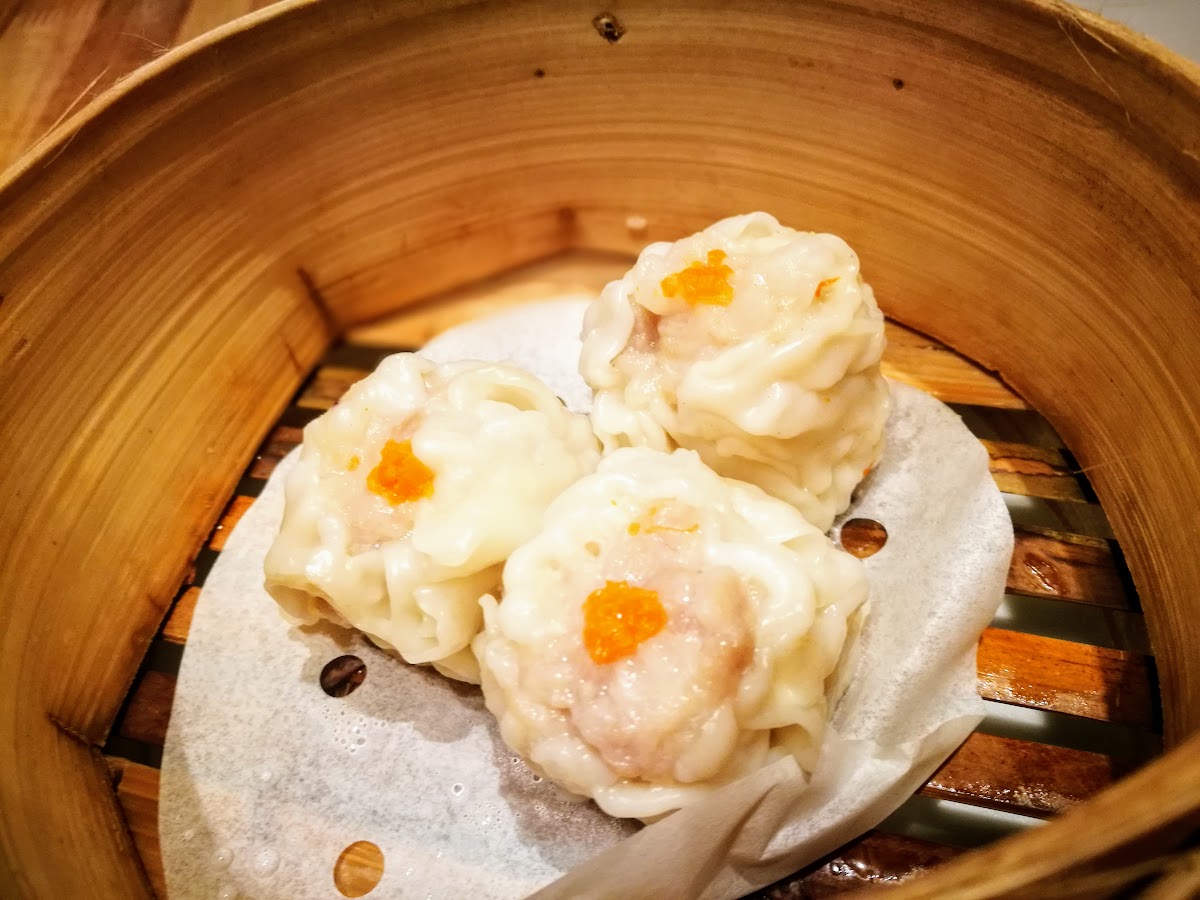 Taste: When it comes to siomai, I don’t want too much wrapper because then it would feel like you are eating rubbery paper. But, Majestic actually offered siomai with a tasty wrapper! I’m not sure how they did it but they probably used a different ingredient to make those wrappers.

As for the siomai, it was meaty and packed and had a fresh taste. The siomai was also juicy but not as juicy as Tsim Sha Tsui’s. The chili sauce was too spicy for me, however. But by just going with the siomai, it had a well-balanced clean taste and the wrapper made the siomai firm enough to satisfy with each bite.

What I thought: All in all, I thought Majestic’s siomai was delicious too. If the chili sauce wasn’t too spicy for me, it would have been perfect. Again, the sauce might not be that spicy for some, but it sure was for me.

Which Siomai Is the Winner?

Which siomai won this food battle?

Without any further ado, here are my winners:

Grand Winner: Tsim Sha Tsui – Their siomai was delicious and even after going to 5 siomai places, I still could not forget the satisfaction I had from eating that meaty siomai.

A close second for me is Majestic’s siomai. It was also delicious but the chili sauce brought it down a notch for me.

Value for Money Award: Chowking – Was really surprised at Chowking’s siomai for it definitely exceeded my expectations. Chowking’s was not the cheapest but their siomai is affordable and tasty too!

Overall, Kristal and I had a lot of fun doing this food battle. Will definitely head to Tsim Sha Tsui when I’ll crave for siomai gain (probably not soon though because I think I ate a month’s worth of siomai when we did this haha).

Stay tuned for more food battles in the future!